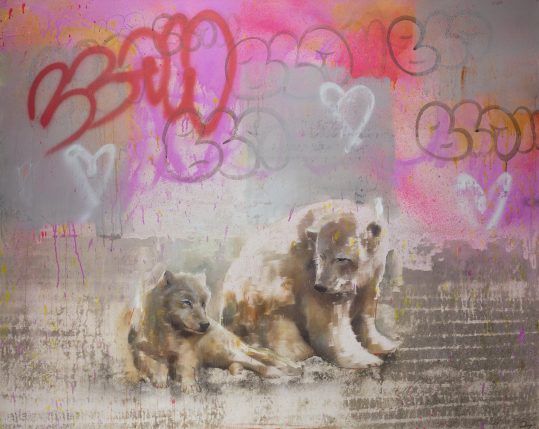 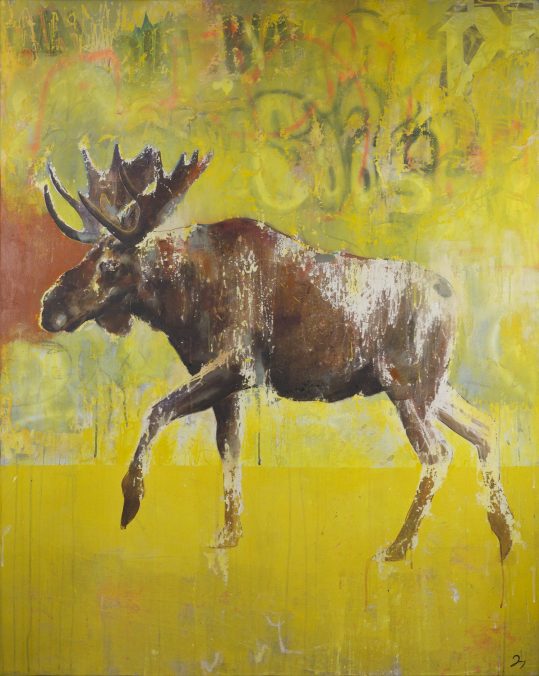 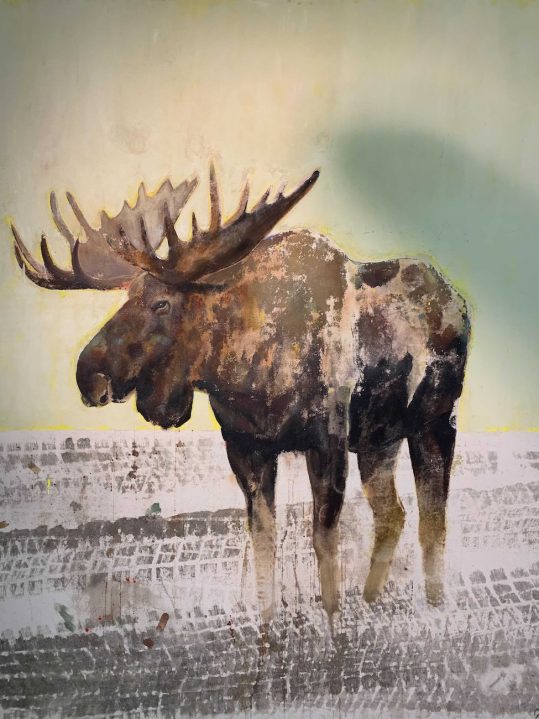 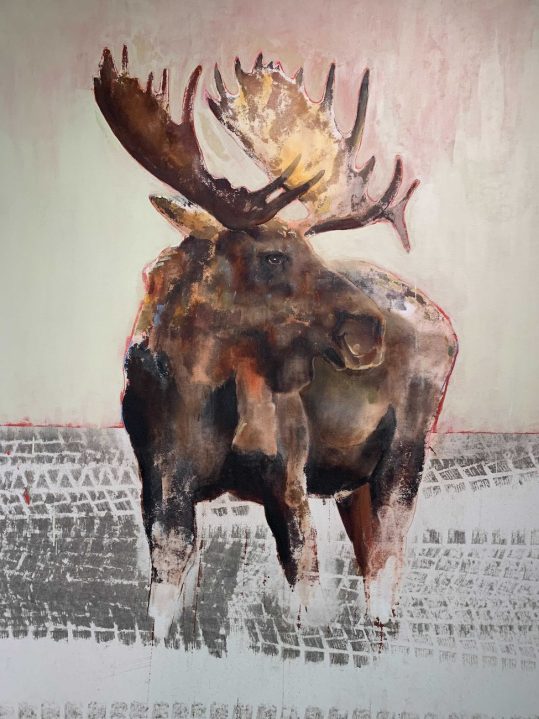 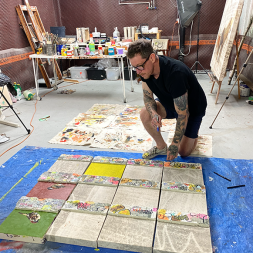 Daniel grew up in the Eastern-townships, Melbournes, Quebec. After high school, he began his lifelong dream of working in the arts. He graduated early from Champlain college with a degree in Fine Arts with a focus on painting. Later, he received his BFA from NSCAD University, in Halifax, Nova Scotia in 2005. He continued his studies by completing a graduate degree in VFX for film and television in Toronto. Daniel pursued his interest in digital media and has since become an active digital artist working on major feature films such as Avengers and groundbreaking television shows like Game of Thrones. He has also held art residencies in Quebec and Ontario, including a recent residency in Algonquin park.

Daniel’s paintings create a vocabulary of wildlife in a new dialect of urban industrial aesthetics. His language is a mixed media that includes mosses, dried flowers, sticks, stones and crushed cement juxtaposed with staggeringly beautiful and realistically rendered creatures. Placed on graffitied canvasses, with horizons made from tire tracks, Daniel paints deeply ambivalent depictions of the uneasy coexistence between urban expansion and animal habitat. He continues to find new ways to explore our increasingly false distinctions between natural and urban environments.