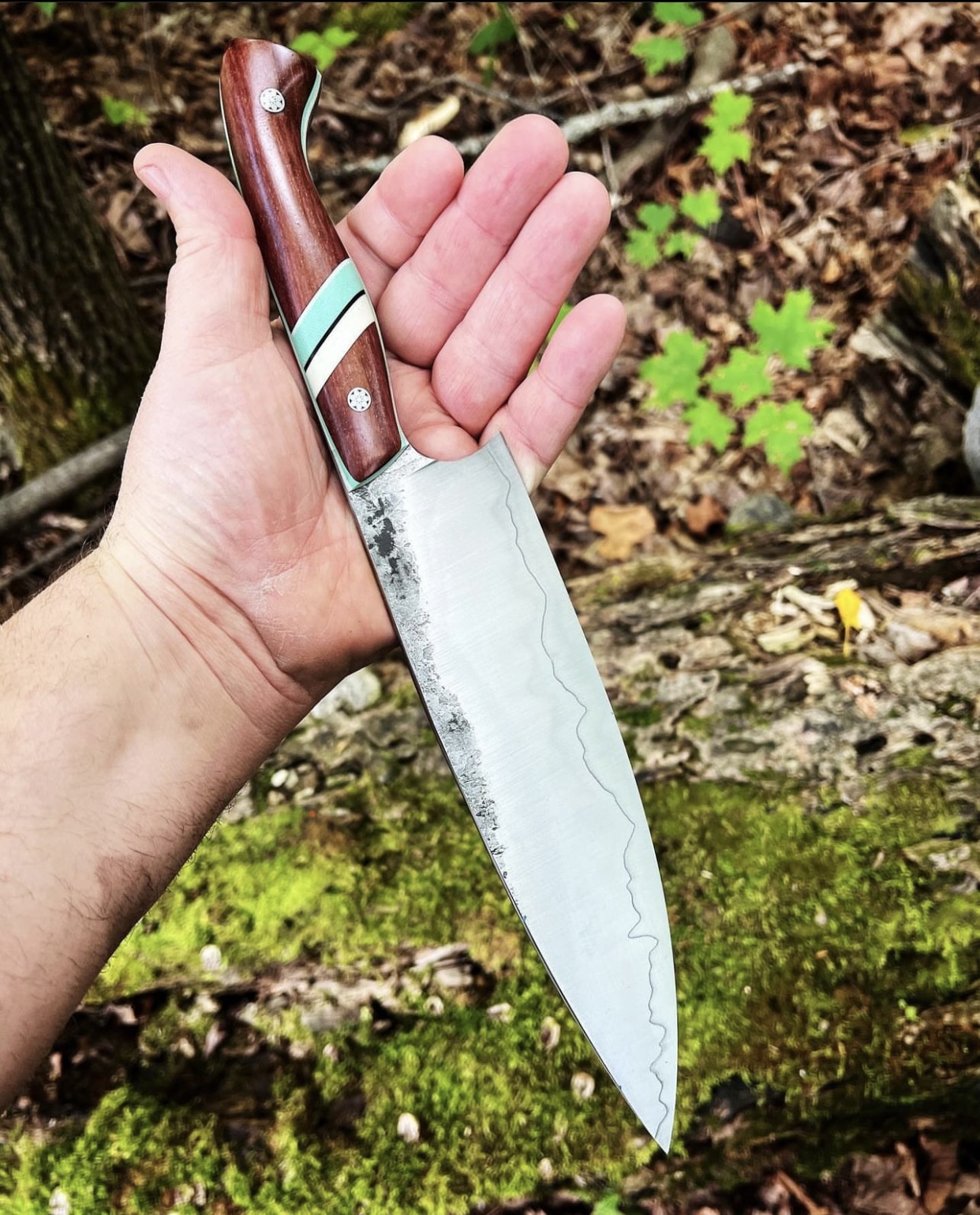 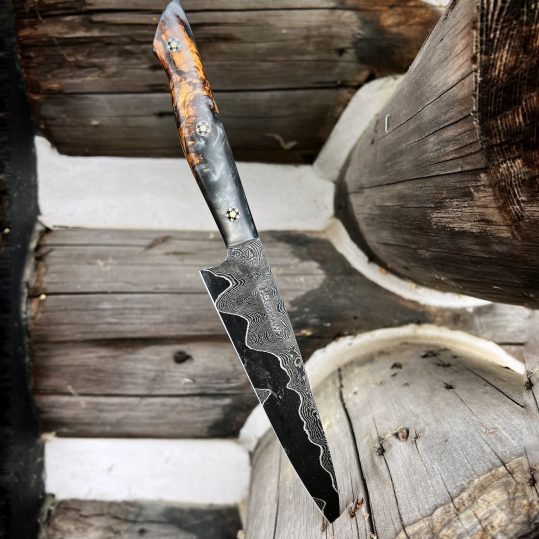 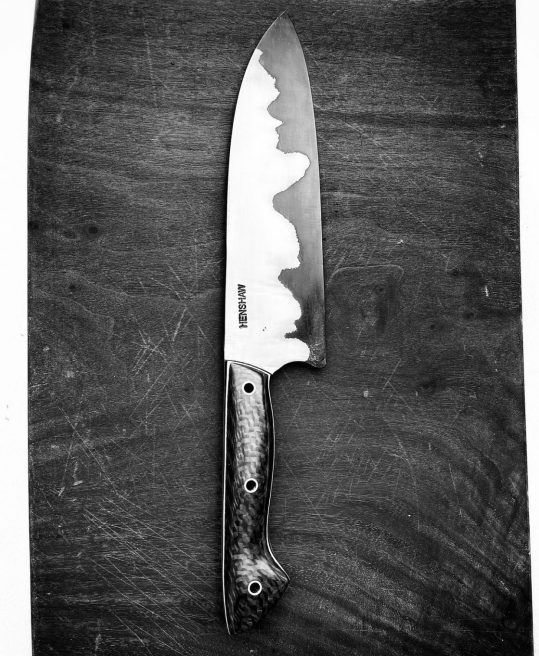 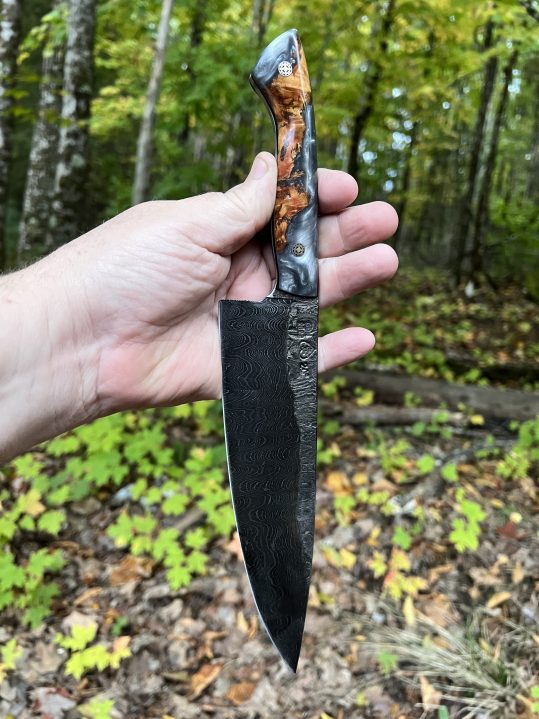 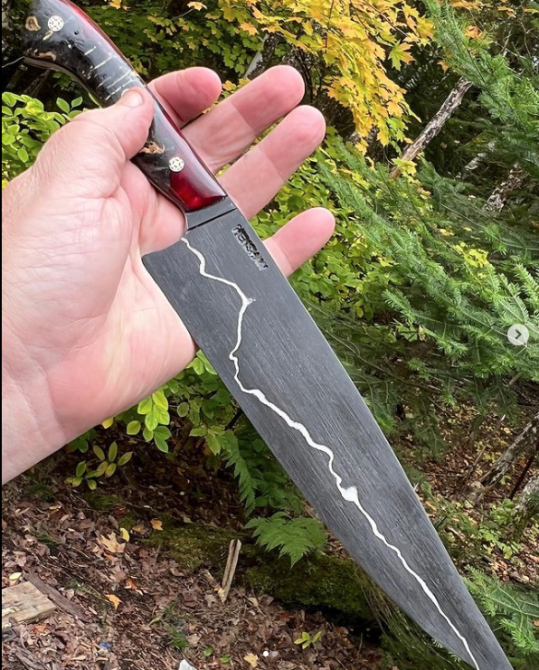 Craig Henshaw is a Muskoka craftsman in the heart of cottage country. He hand-makes Damascus knives in the traditional manner as a way to slow down and connect with the natural world.

The Henshaw family has been part of Huntsville history for the best part of a century. Beginning in 1864 with a land grant determining the Henshaw's as being empire loyalists. They have since been fashioning ways of living that embrace the outdoors and bring the best elements of nature and natural living into the home. Craig’s knifemaking process takes him back to a connection with both land and material, and the mindfulness he brings to his practice is evident in the pieces he creates.

Educated in both Japanese and Western Bladesmithing styles, and combining these techniques in his own unique way, Henshaw builds his knives in the time-proven san mai method, wrapping Damascus steel around a core of high carbon steel to produce a piece that will become part of your family’s legacy for many years to come; an heirloom with a connection to Northern Ontario history.

Since the beginning of his Bladesmithing journey, Craig has studied with a number of established and notable metalworkers and smiths. Special thanks his mentors to David Robertson of Pinkerton, Ontario, Taro Asano of Hashima, Japan and Thak Ironworks in FloraDale, Ontario. Craig has also been involved with the Iron Trillium organization in the past.

Craig currently holds an Apprentice rating with the American Bladesmith Association while awaiting the test for his Journeyman Smith designation.

Craig is a professionally trained teacher in current good standing with the Ontario College of Teachers. He has 20 yrs experience as a teacher with a focus both in an Academic and in Technological studies at the high school and university level.

Both from the University of Western Ontario

Whether it’s used for preparing a meal for a loved one or for venturing out into the very outdoors that made Craig the craftsman he is, a Henshaw knife will carry the fingerprint of Huntsville with it wherever it goes.